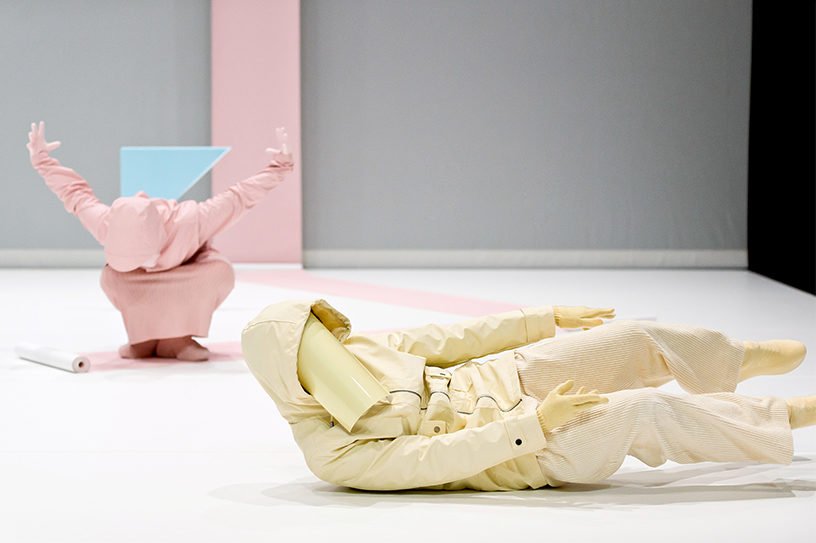 Creation 2019
Open to all, starting at 6 years old
1h10 with intermission

Two pieces, performed by the same duet of dancers.

Le Gymnase CDCN & LOOP – network for dance and youth invited Emmanuel Eggermont and Robyn Orlin to each create a piece, performed by the same duet of dancers and presented within the same program. For the first time, the two choreographers involve themselves in the making of a dance piece geared towards a young audience. 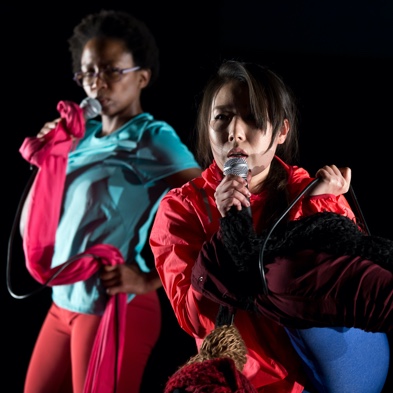 Phosphenes are spots of colors appearing behind the eyelids just after having stared into a source of light and then closing the eyes. This optical phenomenon offers a wide area for play and experimentations. As much as it is fun, this piece asks for an active way of watching and stimulates the imagination, but it also aims to question our perception of what’s real and its underlying certainties. The young spectators will be asked to think about how they look at and how they assess the surrounding world, their capacity to be open to what seems foreign at first glance and to accept the other. 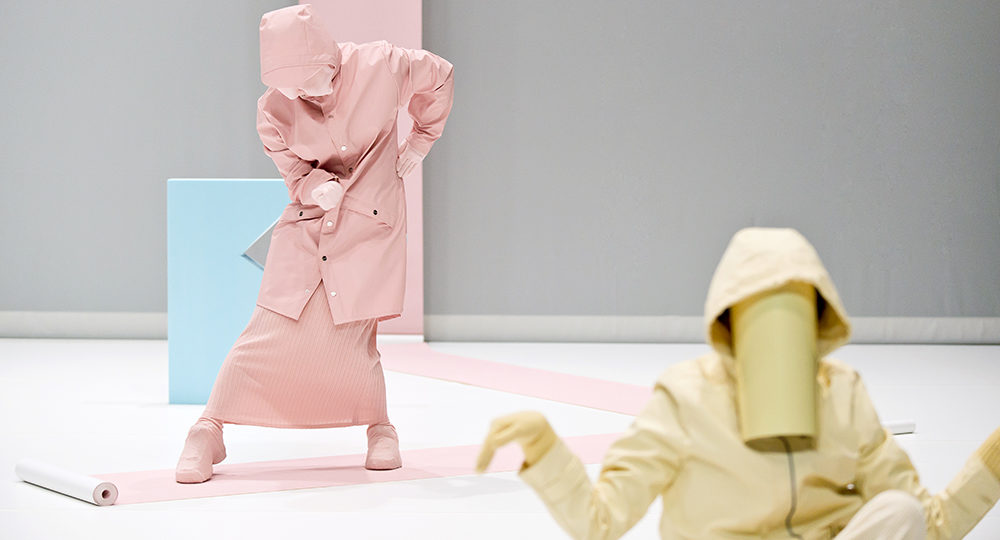 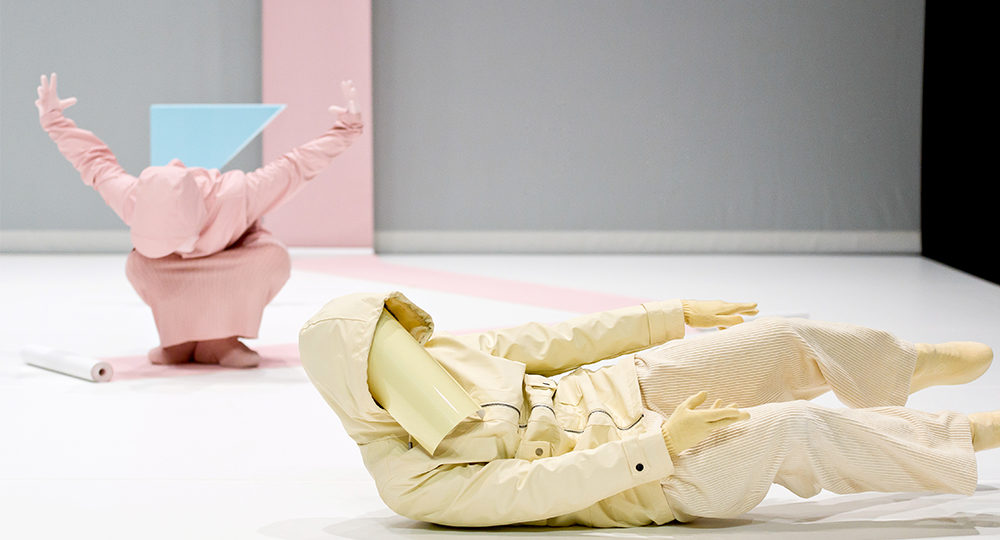 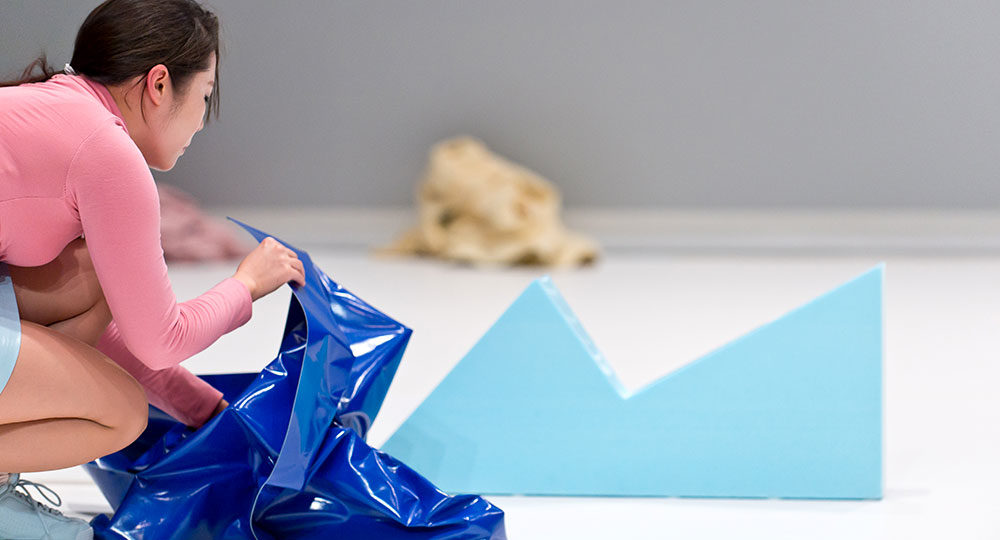 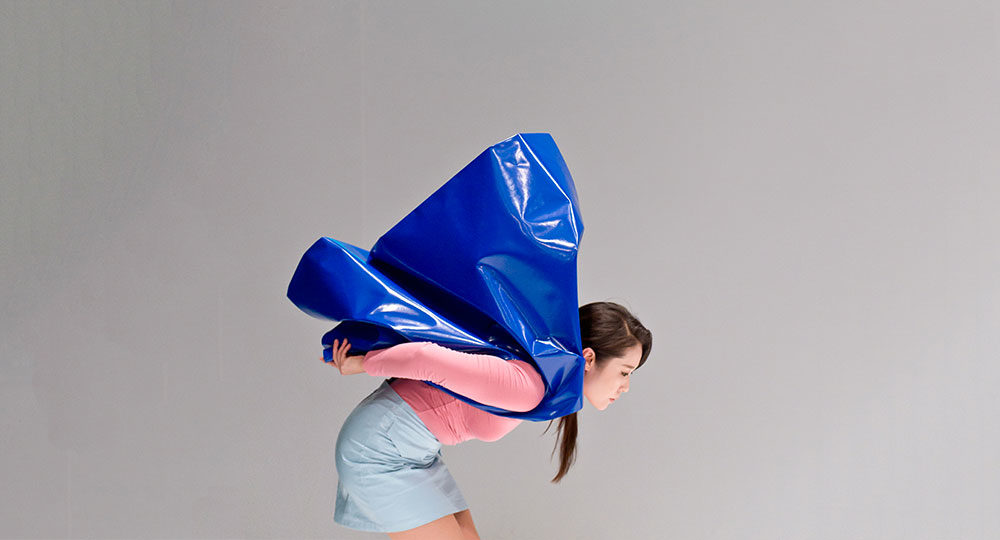 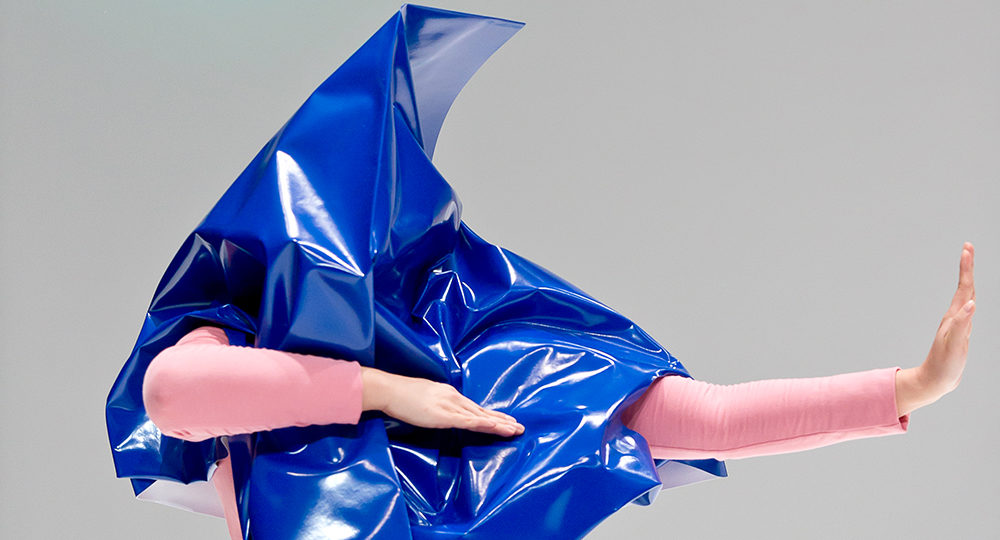 In order to be them we must be us…

For this piece, Robyn Orlin comes back to issues she often raised in previous pieces : discrimination, stigmatisation and social exclusion as they’re expressed today, but also violence (verbal, psychological or physical) through which these phenomena manifest themselves and the identity difficulties resulting from them. Twice being geared towards a young audience, children and teenagers, she takes a standpoint that is particularly close to them in approaching these questions. Xenophobia, fear and rejection of the other are rooted in childhood, specifies Robyn Orlin. Thus, it is as early as childhood that one must start fighting against them. 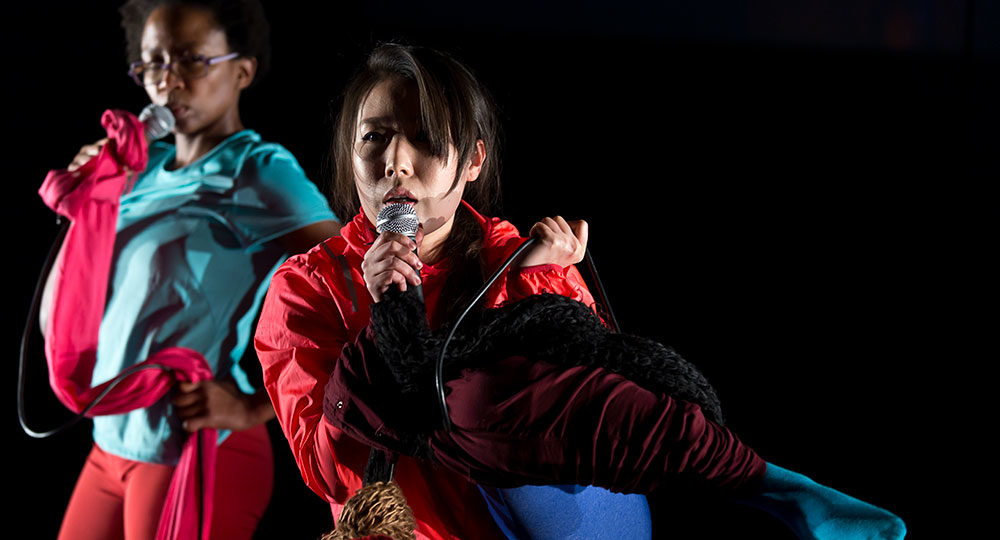 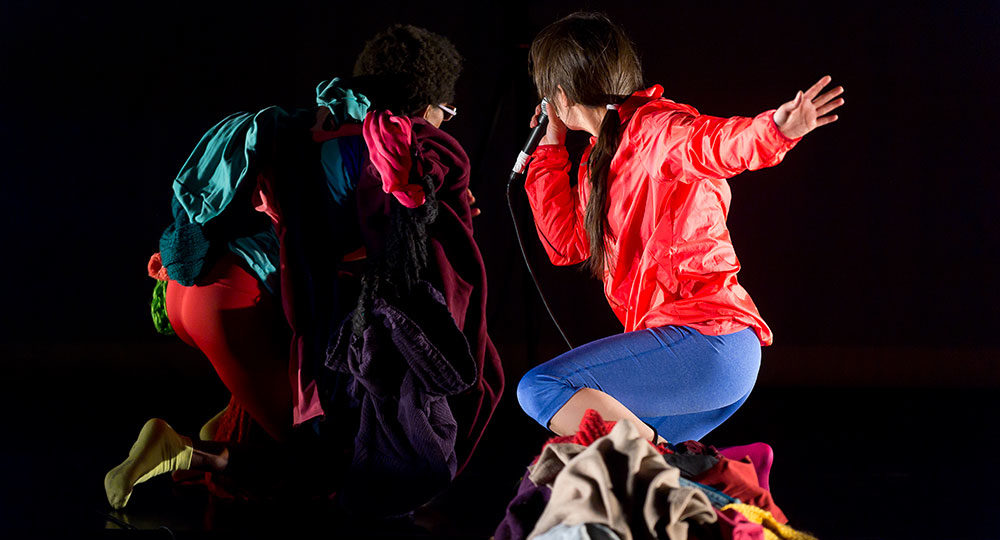 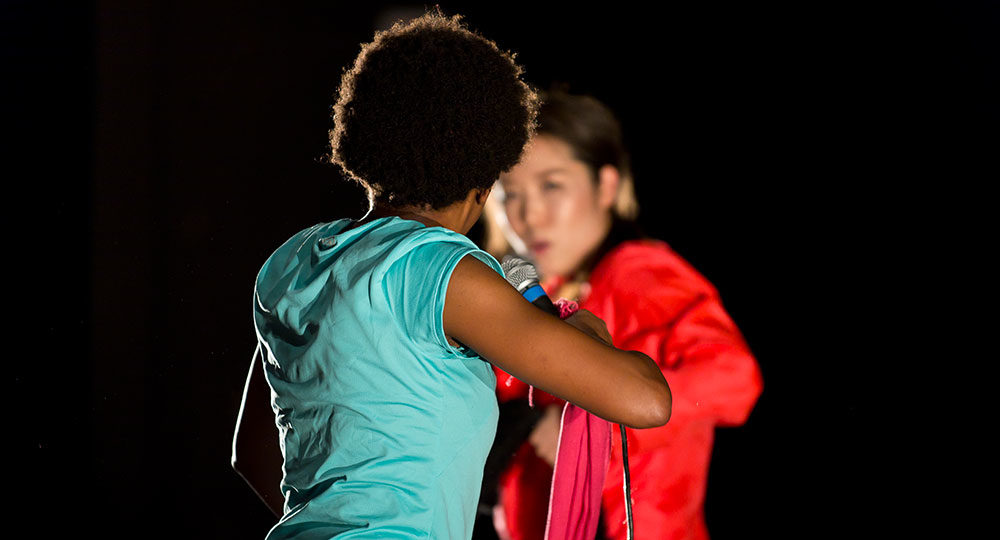 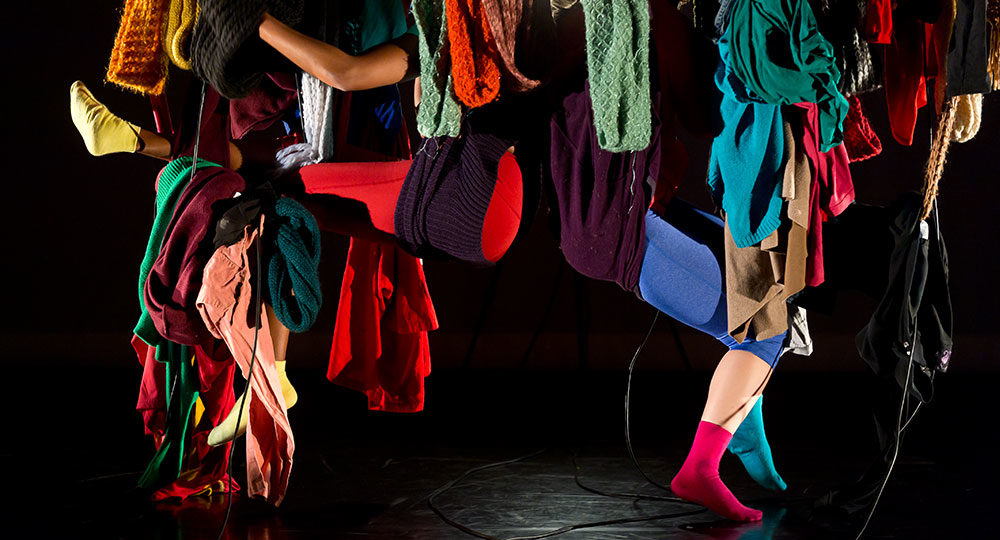 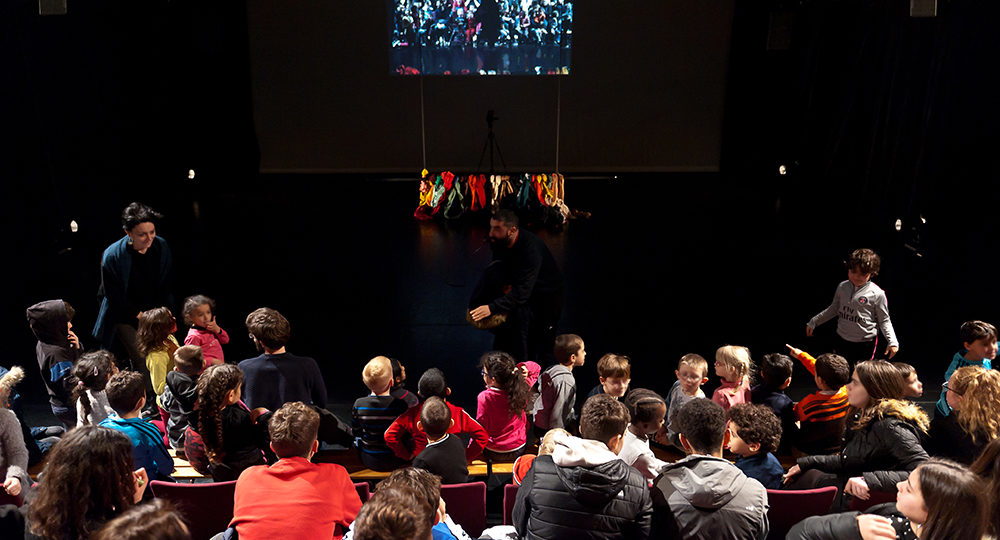 A project led by LOOP – network for dance and youth

In order to guide the presentation of the program TWICE#1, and to raise the awareness of a wide audience towards the choreographic style and universe of both choreographers, an educational tool was conceived and envisioned in resonance with the two pieces presented in the program.

It takes the form of a sound message heard as an introduction to the performances and also during intermission, as the set is being changed between Emmanuel Eggermont’s piece and  Robyn Orlin’s.

Further program details and important information can be found in our document.

Origins of the project TWICE

During the Summer 2014, the Ministry of Culture launched La Belle Saison for children and youth, which aimed to present the richness of dance work for children and youth. Within this context, the Dance Delegation had invited Le Gymnase CDCN Roubaix – Hauts-de-France, in partnership with La Manufacture CDCN Nouvelle Aquitaine Bordeaux . La Rochelle, to create for the first time an artistic and choreographic production geared towards a young audience.

Titled Au pied de la lettre (Literally), the project took the form of commissioned works to choreographers who were not concerned with the issue of young audiences, of different generations and aesthetics. they were asked to each make a short 20 minute piece to be presented within the same program. These two pieces, made for the same production, were supposed to take their source of inspiration from a written text, whatever it may be.

In keeping with these first experiences, Le Gymnase CDCN kept thinking further and set up LOOP, a professional network for dance and youth, and initiated a new project involving making work for dance and youth titled TWICE. Even though the connection to a written text developed in Au pied de la lettre was left aside, the premise stayed the same : an invitation to two choreographers of difference aesthetics, who have never made a piece for a young audience before, to create two short pieces with the same two performers. The LOOP network has also chosen to partially open the invitation to international choreographers.

And so, the first phase, created in February 2019, invited the choreographers Emmanuel Eggermont and Robyn Orlin to overlap their approach of dance making. For the second phase, choreographers’ duet Aïcha M’Barek & Hafiz Dhaou, and the flemish artist Alexander Vantournhout take the project over.